MOBILE, Ala. — In celebration of Black History Month and National Black HIV/AIDS Awareness Day, the Mobile County Health Department’s Health Equity Office would like to highlight how Black women have fought the HIV epidemic for decades.

Sequayah Chaney, an outreach educator with the Health Equity Office, said the first National Black HIV/AIDS Awareness Day (NBHAAD) was marked in 1999 as a grassroots education effort to raise awareness about HIV and AIDS prevention, care, and treatment in communities of color. African Americans account for a higher proportion of new HIV diagnoses, those living with HIV, and those who have ever received an AIDS diagnosis, compared to other races/ethnicities. In 2017, African Americans accounted for 43 percent (16,694) of new HIV diagnoses, though they comprise 13 percent of the U.S. population. A range of social, economic, and demographic factors such as stigma, discrimination, income, education, and geographic region can affect people’s risk for HIV as well as their HIV-related outcomes.

Rashidah Abdul-Khabeer, Ph.D., has a 35-year history as a public health activist and advocate for those impacted by HIV/AIDS both locally and nationally, especially for people of color. She became aware of AIDS early in the epidemic and realized that the disease would take a particular toll on marginalized communities. She began to volunteer with Philadelphia AIDS groups, which were primarily oriented toward white gay men, and became frustrated with their lack of specific outreach and education efforts for African Americans.

She pushed white-run AIDS groups to reach into Black communities, and when they failed to act, she started the first Black AIDS organization. In 1985, she founded Blacks Educating Blacks About Sexual Health Issues (BEBASHI), one of the country’s first Black AIDS service organizations. She traveled the country attending conferences and educating others about AIDS in Black communities.

Her accomplishments include the integration of HIV care, reproductive health, and family planning services in the major medical centers in Philadelphia, including the facilitation of HIV testing in labor and delivery; creating a service model for HIV high risk men of color including counseling, testing, linkage to care and navigation services; the founding of BEBASHI; a founding member of the Circle of Care; and a founding Board member and past Board Chair of the National Minority AIDS Council (NMAC) in Washington, D.C. Dr. Abdul-Khabeer has served as a community consultant to the Centers for Disease Control and Prevention, Health Resource Services Administration, and the Department of Health and Human Services’ Office of Minority Health.

Access to high quality and culturally appropriate care is available for those diagnosed with HIV/AIDS, thanks to public health activists and advocates like Dr. Abdul-Khabeer. If you or someone you know needs to be tested and linked into a comprehensive system of care and support, call MCHD’s Ryan White Early Intervention Services program at 251-690-8889. 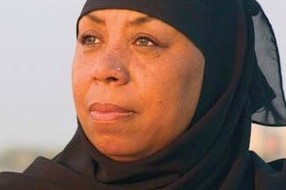